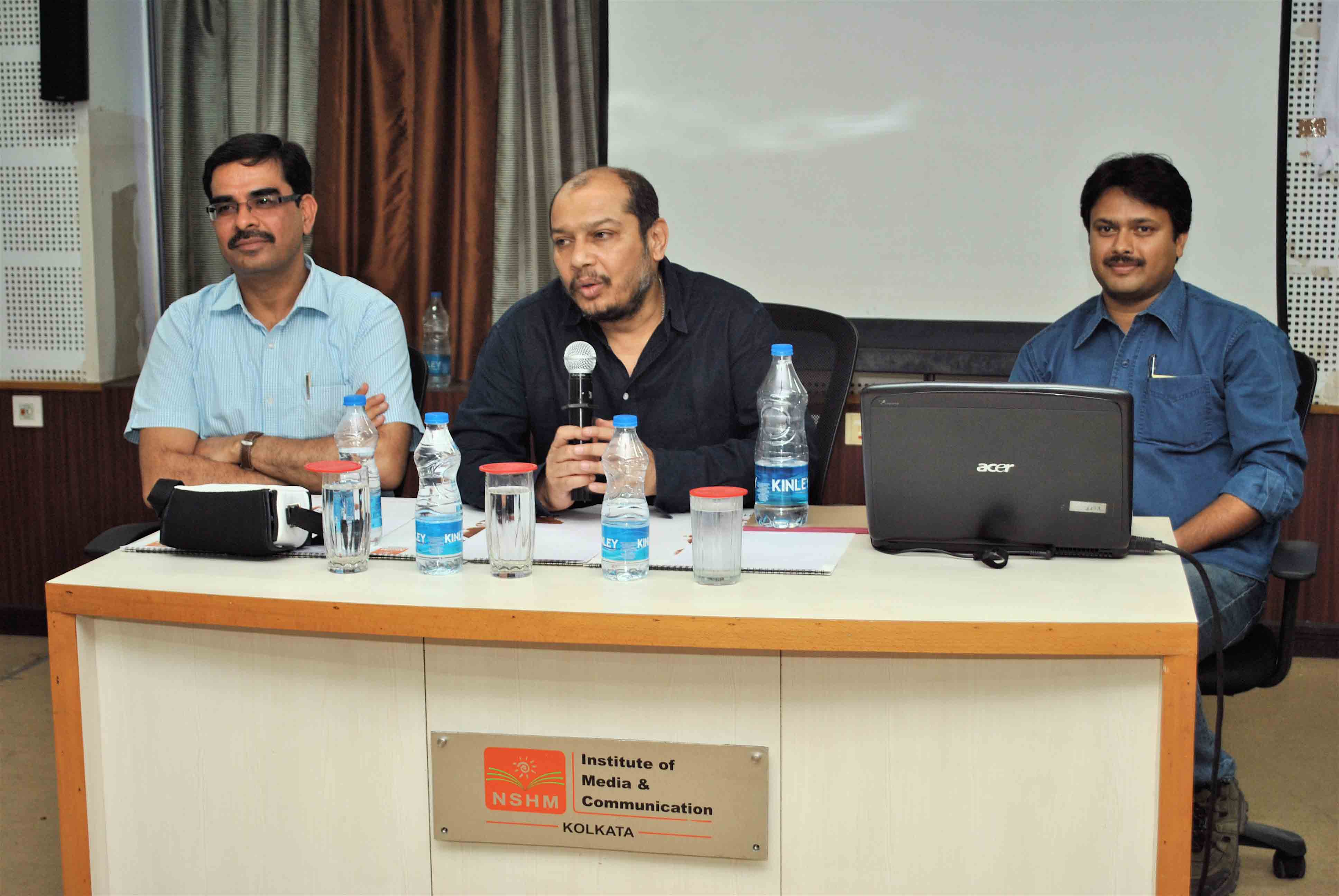 You need to be a Feluda to be a journalist.

Just as a detective researches the background and the crime scene so also a budding journalist needs to be curious about the background, context and current scenario of every issue he reports. There were many such pearls of wisdom shared by the Indian Institute of Mass Communication, Delhi professors Amit Sengupta and Anand Pradhan, and Sambit Pal of Times Now in yesterdays interactive session on Journalism. While they enlightened the students that from finance to politics is the gamut of journalism and Koffee with Karan had to be scoffed they also agreed that Media is more credible in India than USA.