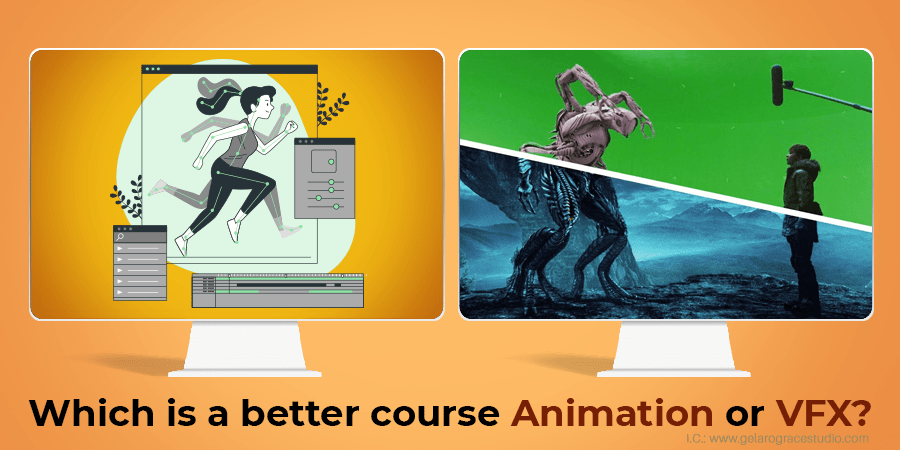 Which is a better course- Animation or VFX?

Academic competition has always been regarded as healthy. It keeps students and people in high positions active at all times and makes them more productive.

Multimedia is a world of competition and healthy comparisons. Animation and visual effects are two of the most prolific industries in multimedia and entertainment. In the year 2020, visual effects and animation shattered several myths.

The growth potential of both sectors increased by more than 43%. This type of sporadic, consistent revenue increase indicates tremendous potential. Especially in India, where academics have stagnated, multimedia is a sign that the future is bright. Production studios are constantly recruiting talented creatives from both fields. Having a degree in either field will have a significant impact, even if their work is different from each other on the technical front.

Analysing the differences between animation and VFX

While looking for an animation institute in Kolkata or elsewhere, you should also make sure that they offer visual effects courses as well. Then, you will be able to observe both disciplines objectively without being prejudiced.

In terms of the actual potential and prospects aligning the disciplines, there might be slight differences in the structure of M.Sc. in multimedia and animation course fees in Kolkata or elsewhere.

It is not just film studios that require 3D animators, but also production companies, design firms, and a variety of other fields. In addition, 3D animation is an essential part of education. Aside from e-learning and other educational activities such as engineering models and medical videos, animators are also needed for educational materials. The learning of animators is therefore not limited to films and cartoons.

Let’s talk about visual effects now. VFX refers to the process of adding artificial imagery to a shot that would be impossible in real life. The creation of alien invasions, superheroes, structures collapsing, fires, and whole universes is possible thanks to visual effects. It’s an important step in any post-production process for a film or studio. Nowadays, no film can be made without the use of visual effects. Have a look behind the scenes at some of your favourite films. You’ll be surprised by how hard it is to make them.

VFX, therefore, has become ubiquitous in the modern world.

Animation generated substantial revenue over the past decade, considering how dependent the public was on it. Animated movies and TV shows are highly regarded by consumers today. Modern technology has been a major contributor to this growth.

Which is a better course- Animation or VFX?