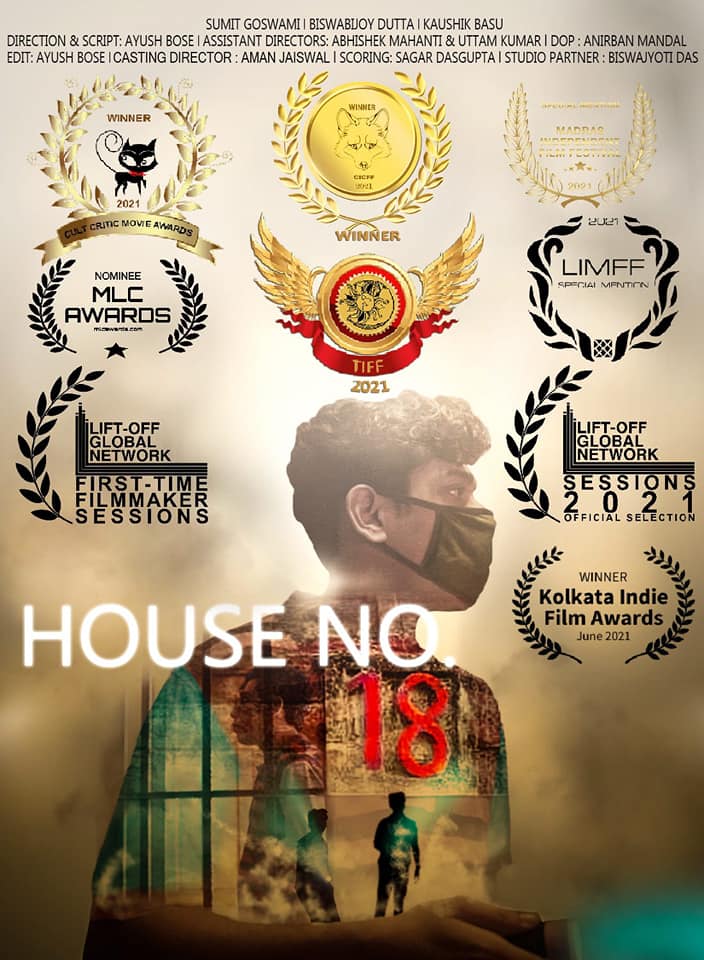 The result of hard work and passion finally finding its true recognition. Congratulations to our alumni members Ayush Bose (Director), Anirban Mandal (DOP) and Abhishek Mahanti (AD) (B.Sc. in Media Science 17-19) for the success of their film House No. 18.

And many such notable awards and nominations.NSHM Knowledge Campus is proud of its alumni success.

House No.18 is a Bengali suspense-thriller movie that follows the story of a pizza delivery boy who is trapped inside a house full of mazes, after going inside it for delivery.